How Can I Become Catholic? (RCIA)

During RCIA, the group uncovers and discovers the Word and the implications of the Gospel for those living as Catholic Christians:  What is expected of a Catholic?  What are the core beliefs of Catholicism?  What exactly are sacraments? How can I better understand the structure of Catholic worship, especially the Mass?
RCIA meets after Sunday mass for 1 - 1.5 hours for conversation on the Scriptures, their application to our daily lives, both personal and communal, and further conversation on various aspects of the Catholic Faith.

1. The initials R.C.I.A. stands for the "Rite of Christian Initiation of Adults." (RCIA) The RCIA is the means by which the Catholic Church, answers the questions of those who are inquiring about the Catholic way of life. Primarily geared to adults, it accepts teenagers who are mature enough to participate in the RCIA.
2. There is also a program for children called the "Rite of Christian Initiation of Children," or RCIC. This process is intended for those age seven and up.

The History of the RCIA

Since the days of the Apostles, becoming a Christian has been accomplished by an initiation journey that happens over several stages. This journey could be covered quickly or slowly, but by tradition essential elements always had to be present: (1) the proclamation of the Word, (2) acceptance of the Gospel leading to a conversion of heart, (3) a profession of faith, (4) the Sacrament of Baptism itself, (5) the outpouring of the Holy Spirit through Baptism and Confirmation, and (6) admission to Eucharistic communion. (Catechism of the Catholic Church # 1229)

The initiation of believers into the Catholic Faith has had a diverse history. In the third and fourth centuries, Christian initiation saw substantial development. The RCIA process covered a long period of time (often a minimum of three years). It included a series of "rites", liturgical milestones that marked the seekers progress along the path. All seekers had sponsors who accompanied them on their journey, helping the seekers aprrentice to this new way of life. The process was completed when the Sacraments of Christian initiation were celebrated, generally at the Easter Vigil. (Catechism of the Catholic Church # 1230)

Over time, the communal and liturgical dimensions of the RCIA were lost. “Converts” either had little or no preparation or in more recent times, met with a priest for a series of conferences on the teachings of the Church. However, in 1972 Rome restored the RCIA to general practice. The Magisterium went so far as to say that the RCIA would become the norm for Christian initiation. Once again the communal and especially the liturgical dimensions were renewed and since then much has been done to develop this vital ministry in the church.

Today the RCIA is a four-stage process: 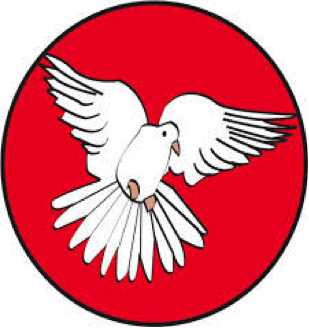